Don’t Use Social Media For Feedback 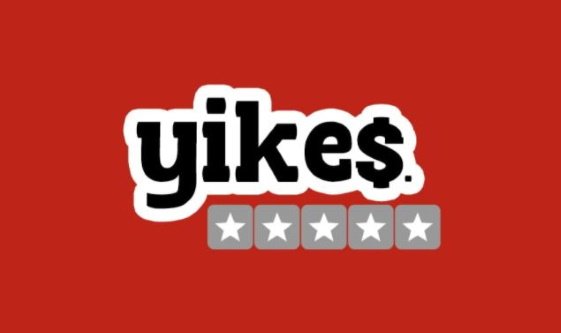 In this article we will recommend you don’t use social media for feedback, even though it may look tempting. For example, according to Pew – In the United States, an estimated 244 million people used social media in 2018, a number forecast to exceed 257 million by 2023. So there is an incentive for a business to tap into such a large number and obtain reviews.

However social media reviews lack an insightful and descriptive endorsement. Instead, they are demonstrative of a very personal experience which is based on a multitude of factors apart from just the product or service.

Although the importance of “feedback” cannot be undermined, the feedback received from social media may not always be reliable, accurate or even complimentary. It is important for business owners to understand the disadvantages of social media in providing an accurate picture of the customer’s experience.

Furthermore, there are many reasons why social media reviews are dangerous to rely on and in fact have written about this before. For now, we will focus on the top four.

ONE: Reviews are Based on Factors You May Not Control

There are many factors that influence the customer’s experience and those factors may not always be in within the control of the business. The reason behind a bad customer review may not always be a bad product or sub-par service. There are several factors that are constantly affecting the customer’s decision. Is the customer irate because they are having a bad day? Did they get stuck in traffic? Did their friend already order for them? It is an incontestable fact that the experience of the customer is marred by such factors – totally out of control of the business.

One bad review can significantly affect the reputation of the business. Individuals have diverse opinions, tastes and preferences and may not have anything to do with the quality of the the service. Which means social media delivering one sided reviews with impossible expectations for a response.

TWO: Reviews Are Not Representative

The reviews on social media do not differentiate between the opinions of a connoisseur and a novice. Or a knowledgeable expert and a college student looking to kill time on the internet. The internet is an extremely democratic space. It does not differentiate. It is not surprising that even the great wall of china has received bad reviews on Google reviews. The review websites such as Yelp and Tripadvisor give everyone an equal opportunity to post a review about their experience, regardless of whether they are seasoned critics or first time customers. This led the New York Times to say:

Add to this with the notion of being unrepresentative. A report from the University of Illinois shows that while there has been a prolific growth in Twitter users – Twitter activity is highly concentrated among a small subset of very heavy users.

THREE: Reviews Are Not Actionable

The reviews are often a subjective rant: Social media reviews often fail to provide an objective or informative opinion, rather, they put across a very biased description of the user experience which is inaccurate and misrepresentative. Too many reviews lack real ratings – therefore how can the business act in this world of undefined critique?

For example, even Yelp refuses to give any guidelines about its own star rating. This means one persons five star experience could be a jaded astronauts’ three star. Moreover a star, like a Smiley Face without guidelines only encourages sentiment, not accuracy.

Additionally, by the time a review has been posted (fake or not) – it is already too late. The damage has been done without the business having an opportunity to fix it on the spot.

FOUR: Reviews Are Not Genuine

Bogus review are a problem of epidemic proportions.  There are several businesses that have hired professionals and agencies to help them augment their presence on social media by posting fake reviews and awarding fake stars. Specifically, according to Brightlocal Research:

82% of consumers have read a fake review in the last year, though they’re not always easy to spot

There is big money in a fake review. In fact an undercover story from NBC News found it easy for a business to purchase hundreds of reviews within days of opening. More evidence was uncovered:

On Amazon, one reviewer had posted 676 book reviews in the past six months — every single one of them was four or five stars out of five. Many had the same generic text and a similar headline: “I really liked it!”

So the conclusion here is that with social media – the business has no way to tell the good from the bad.

Don’t Use Social Media For Feedback.

Relying on social media reviews is bad for business. There are four main reasons and just too many examples where they are unreliable, unrepresentative and just plain dangerous.

There is a more effective solution.

This strategy pre-empts negative feedback ever showing up online and takes the pressure of only using social media.

Feedback Resources to Deliver a Return

Get ahead of customer feedback and understand how to improve operations, lower HSE risk and deliver greater customer loyalty.